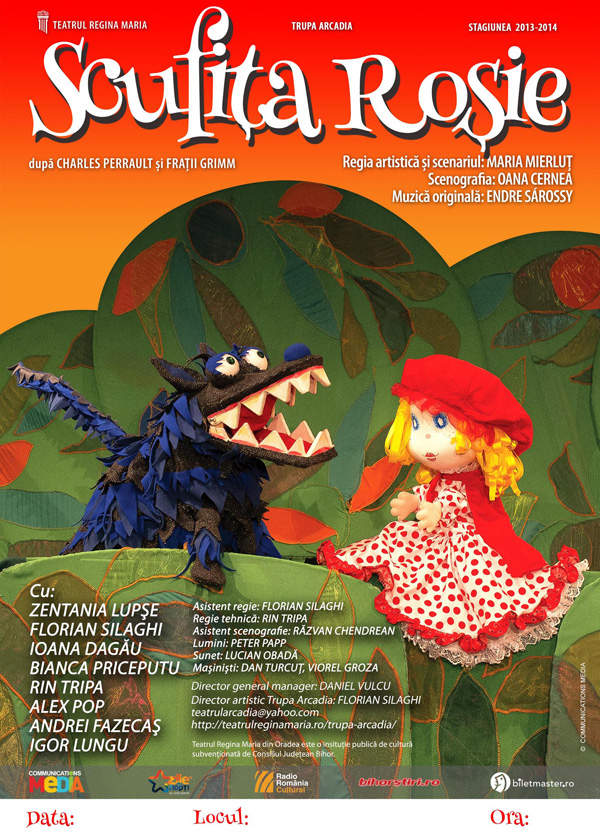 The story revolves around a girl called Little Red Riding Hood. In Grimm and Perrault's versions of the tale, she is named after her red hooded cape/cloak that she wears. The girl walks through the woods to bring food to her sick grandmother. A Big Bad Wolf wants to eat the girl and the food in the basket. How will the story end? Children all ages will find out by seeing the brand new version of the tale, directed by Maria Mierluţ.

This show is not recommended for children under the age of 3!