SLEET or THE FUTURE PRESIDENT OF ROMANIA 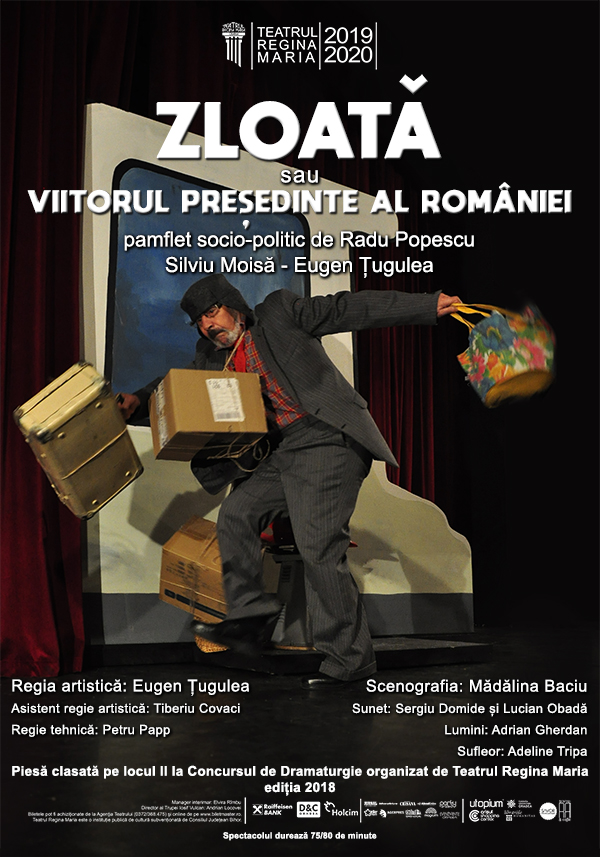 The entire action takes place in a tramway. Silviu Moisă, a mentally challenged citizen, is dedicating his time to electioneering.

He perorates about how suited he is for President role while handing out to the other travellers' promotional materials meant to strengthen his image as a "candidate". Seems like you know him, right? "The tram lunatic." We`ve all seen such a character, but you shouldn`t underestimate Silviu Moisă. He is an updated man: he`s got a Facebook account, WhatsApp and is an avid consumer of some of the most interesting talk shows and documentaries on Discovery and Viasat History.

As it can easily be noticed from the title, the play is a mixture of contradictory experiences of the slightly bipolar character: the inner sleet which he transmits to the spectators which have the role of travellers in this symbolic tram. They can choose to get involved or not. He doesn`t care, because he knows what he needs to do. In all of this mental rout that he expresses, sometimes, what he says is of a painful lucidity: "Do you know what`s the sadest thing? That people like me got to tell the truth. This is the Truth. And I`m howling it in front of you! It`s a bit sad, isn't it?"