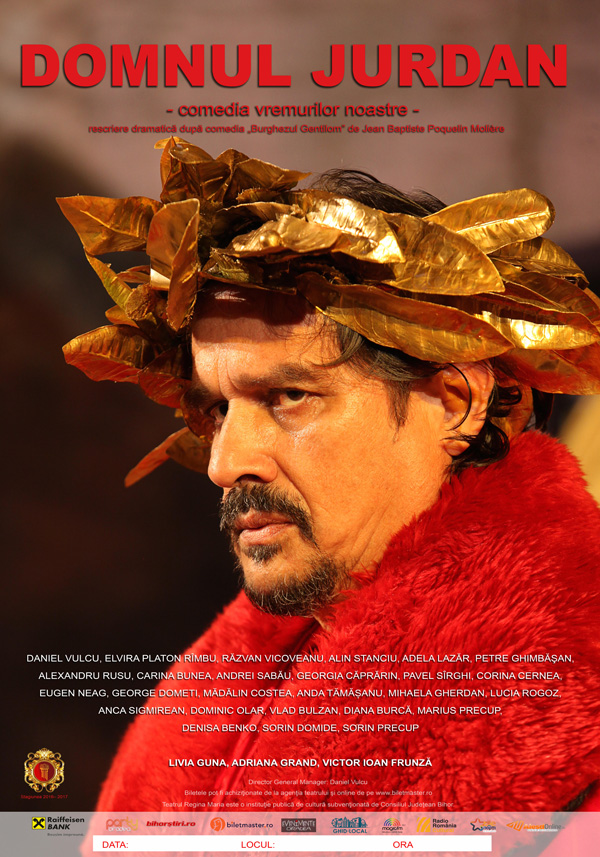 Mr. Jurdan, an emphatic and naive spirit, is an extremely rich man, but he lacks something: the elegance of a person in the high society. So, to be a part of the high-class,he tends to be rigged out to trends, he is extravagantly decorating his house, he is making friends from the upper class and he is hiring an army of teachers to learn the manners of a man of rank. From this whole equation, the result can't be anything other than just a hilarious one. Overwhelming ridiculously, Mr. Jurdan comes from the nobleman's claim, to the court clown. And when ignorance meets the pretense of erudition, everything turns into a comedy that you'll laugh for hours at a time. A comedy of our times, which reflects the slippage of the opulence of rich people. The action takes place in Romania, in Jurdan's house.