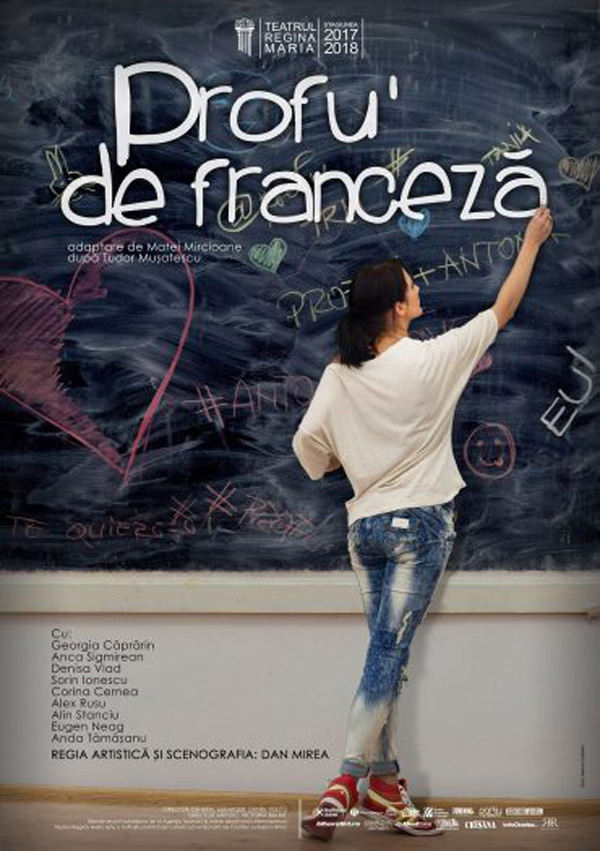 The twelfth grades, funny and entertained, have part of the agitation caused by the imminence of the baccalaureate exam. Beside that, there is another tension, created by the appearance of the new French teacher, „cool, young, brunette, tall...”, in whose person girls discover an Adonis, and boys a rival.

This novelty gives rise to tense situations, for which it is necessary to intervene even the class master, whose interes tis also directed to the young techer. The naivety from which the misunderstandings erupt, creates the comic situation, making an original, cheerful and lively show.

Both the events themselves and the way in which are staged, put the show in a „cloak” of universality, accessible to public, which, regardless of age, will easily succeed in identifying or empathizing with any of the characters.

*Not recommended for people under 12!