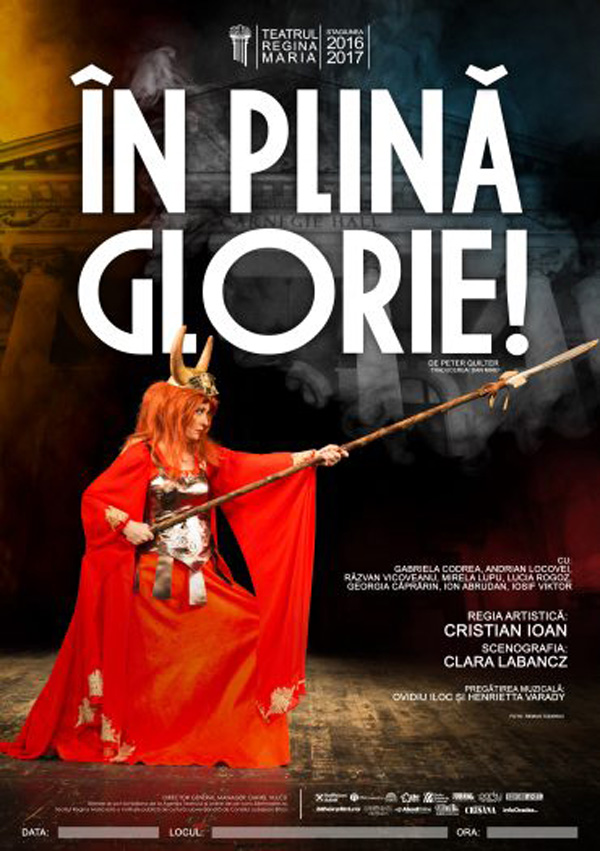 „Glorious!” is a comedy inspired by the life of Florence Foster Jenkins, known in history as the worst opera singer in the world, attributing to her the ironic title of „First Lady of the glissando”. Passionate with music until pathetic, despite the irony of some and the ridiculous desire, she succeeds and her concerts are sold out. The climax of his career is the recital on one of New York's most prestigious concert venues: Carnegie Hall. Her success wouldn't have been possible without the financial resources at her disposal and the support of some devoted friends. An extraordinary show, where the border between courage and naivety disappears. A character willing to give up anything to fulfil her dream. A humorous story, which, paradoxically, has made history and managed to inspire even today.