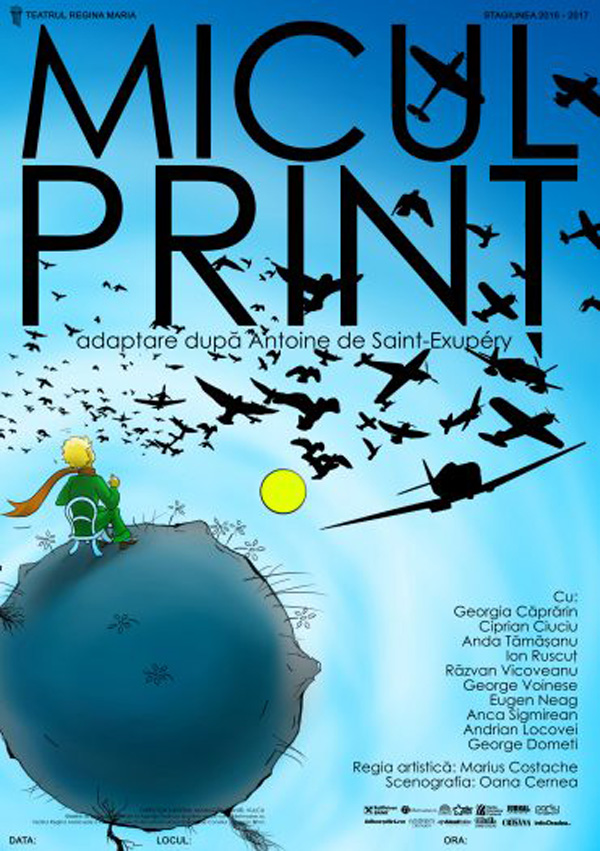 „The Little Prince” is one of the most famous and beloved literary works, being translated into more than 250 languages and dialects and adapted to many other art forms, including theater. But the charm that Saint Exupery's story exerts on readers goes beyond the linguistic and artistic boundaries, but also a much more significant: the age.

Director Marius Costache managed to recreate the delightful universe of the story on the stage of Queen Marie Theater, preserving the specific candor, but also the profoundly philosophical side of the work. The show, therefore, is not only for the middle-aged children but also for the teenagers who are just walking in another dimension, that of the mature people who live alone on their own planets and are always absorbed by things without importance.