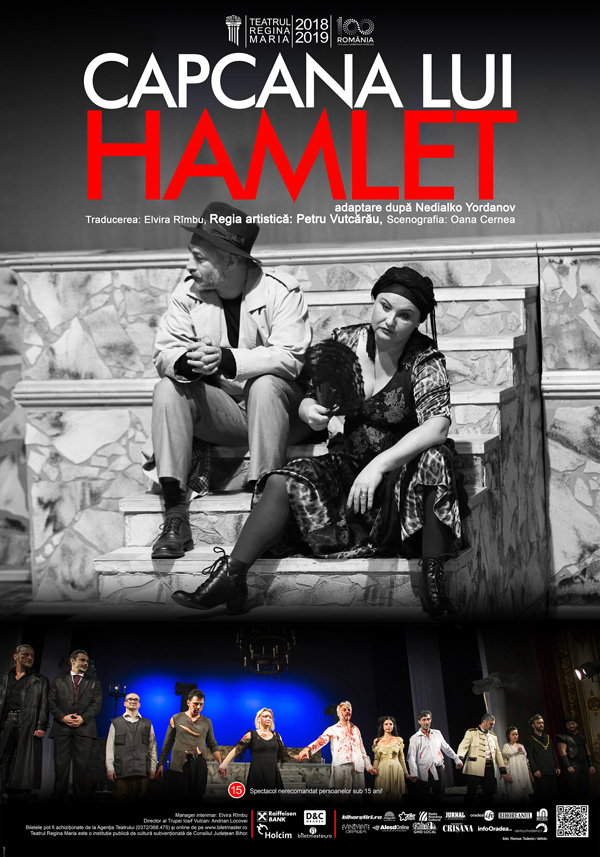 Many writers tempted along years to re-write, complete, add their own vision to famous classical texts. The Bulgarian playwright Nedialko Yordanov used Shakespeare’s “theatre in theatre” technique to re-write “Hamlet” in a particular way.

The actors called at Elsinore to comfort prince Hamlet’s illness are witnessing what happens at the palace. Why they couldn’t be the “storytellers” themselves? This is the plot Yordanov uses to describe the faith of the Artist – a rather sincere, honest and a bit naïve person – in a despotic world, ruled by lie, hypocrisy, opportunism. A world in which the Artist – the “fool”, we can say – is killed. Though – and the kings know it – you are not allowed to punish the fool…

“Hamlet’s Trap” is a modern vision on Shakespeare’s “Hamlet”, written with good humor, with some innuendos getting the spectator directly in the theatre’s “kitchen” – rivalry between actors, jealousy, grieve. It is also a metaphor for nowadays about oppression, about the guilty silence, about the need to say the truth no matter what the consequence is. Even if, at the end of our stage story, the brave actors themselves are becoming “protegees” of the system…