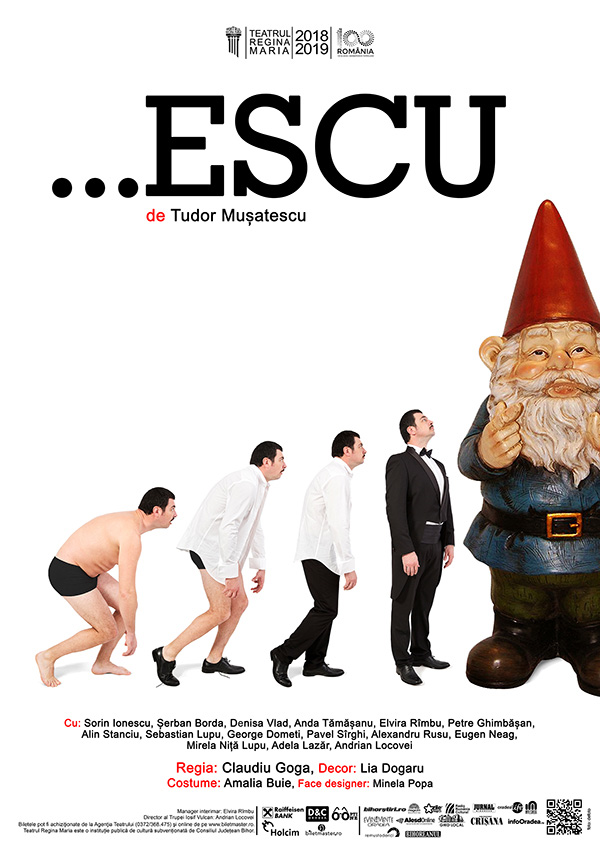 "Politics is like fashion! It evolves, it changes, it transforms. Loyalty in politics is just an endless series of adulteries!”, says the main character from ... Escu to justify his political shuttle. Tudor Mușatescu wrote his play in 1933, one year after Titanic Vals, but its heroes seem like people today.

The children of Spirache Necșulescu, the insignificant functionary of Titanic Vals, winner in elections because he says: "Do not choose me!", does not resemble their father at all. Miza, the eldest daughter, is a "wife of a general", the other girl, Gena, is a wife "of the president of the court". And Decebal is ... a politician. Demagogue, greasy, unscrupulous, would do anything to become a deputy. He did enough, as he calmly tells his father-in-law:

«LANGADA (determined to burst "once and for all "): Didn't you make me a liberal when I was a conservative?

DECEBAL: Because the interests of the state demanded that my family be liberal at that time.

LANGADA: Yes ... but you see that you changed parties and I am the fool in this situation. There it is! I can't say a word anymore. Neither at the cafe nor at the club ... anywhere. Whole life as I was a conservative, everyone told me only "Master Iorgu". Now - since you joined the family and messed with the new political currents, - they call me "rat", "rookie", "technician" (...) »

The aforementioned replicas sound familiar to today's spectator as if in a hundred years nothing has changed in Romania. With a talent equal to his master Caragiale, Muşatescu makes in ... Escu a satirical x-ray of the political navies, with an amazing talent ... foreshadowing.

And in the end, because the Socialist became a liberal again, but it did not "work out" for him, Decebal Necşulescu, unconquered, decides to make his own party.

What do you say? If you read last year's newspapers, can't you find a clear example under your eyes?

... Escu is not just a vintage piece, with its old and good perfume, but an amazing parable of present Romania ...