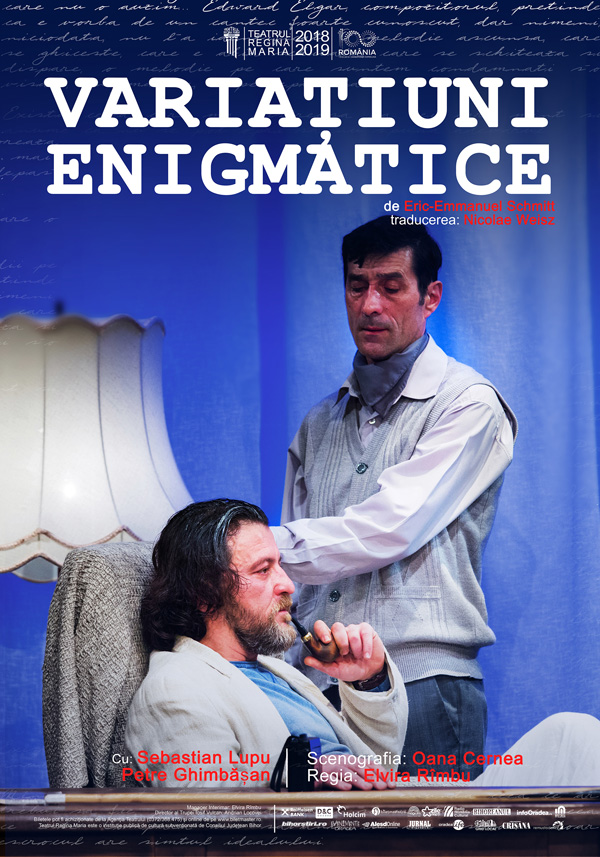 A professional meeting between two intelligent men, the writer Abel Znorko (Sebastian Lupu), Nobel Prize for Literature winner, and the journalist Erik Larsen (Petre Ghimbășan), becomes suddenly a spoken chess match. Both strong and dominating personalities, they are playing changing the power shift as each one moves. The meeting is getting a labyrinth form, designed with refinement and a good feeling of the suspense.

The show is directed by Elvira Rîmbu, who directed also ”A very simple story”; on the stage, there are two remarkable actors, that formed during the time a strong duet, able to surprise the public through the subtle and witty shades of their characters.  The complex scenography is created by Oana Cernea. This team creates a surprising and vital production.