IN THE HEART OF THE NIGHT – MACBETH EPISODE 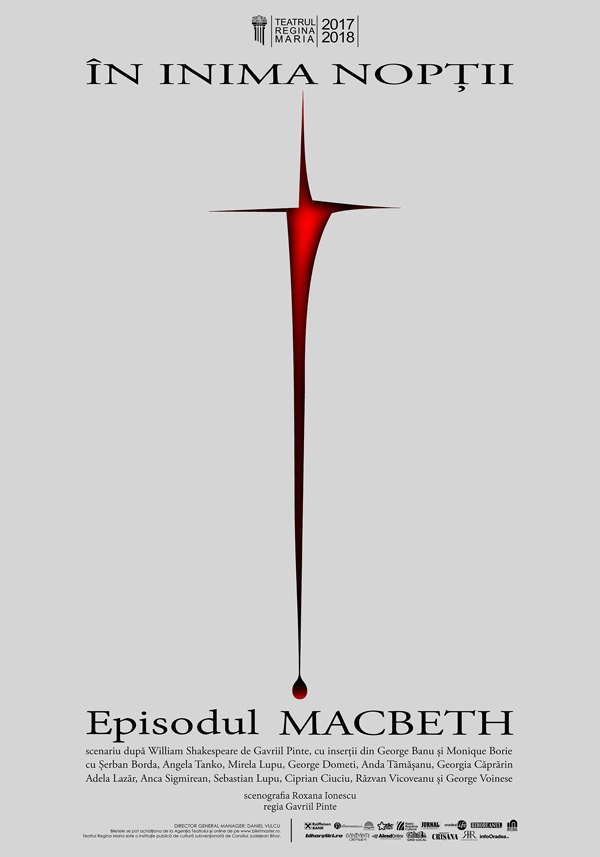 This episode closes the trilogy „In the Heart of the Night”, after Hamlet Episode and Lear Episode.

Only the key-lines were kept from the original text. The missing parts are supplanted by physical actions that the play is supposing or that could be imagined. The link between some sequences and also the analyze of several important elements belongs to George Banu and Monique Borie.

We are following two people, Mr. and Ms. Macbeth, gone on the path without return of self-destruction. The projections of these tormented souls could take strange forms. Thus, the witches are signs of old hidden aspirations, a surrogate of desires that come back obsessively.

We play theatre at night form the fear of Night itself. And also due to our desire to forget the day’s wanderings. We play to save ourselves! Night and day. Forever and ever at a crossroad…, as George Banu says.