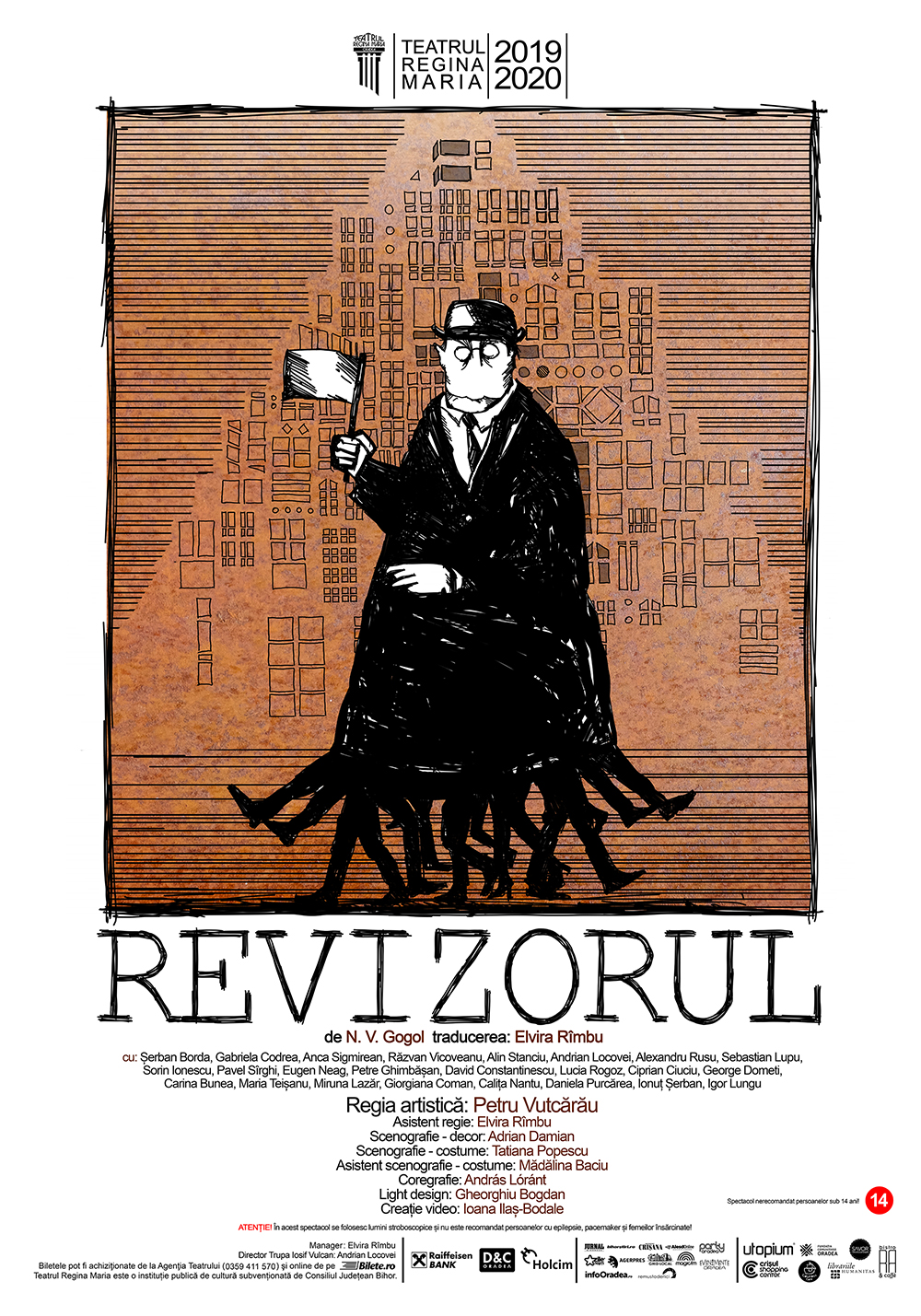 The "Government Inspector " is a satire, a comedy of morals and errors, which is part of the category of texts whose contemporaneity does not degrade over time; being a literary caricature of human defects, its actuality will cease with the disappearance of man ... In the show "The Auditor" we have as protagonists the corrupt officials from a Russian provincial town, led by the mayor, who receives disturbing news: a Government Inspector will arrive incognito in their city to conduct some investigations. The clique activities risk being discovered, thus, each of those involved assumes their own corrupt deeds and tries to correct them according to the possibilities. In the process of organizing the cover-up, they receive the news that a suspicious individual has arrived at the inn, showing the behavioral signals of an inspector...

ATTENTION! Strobe lights are used in this show and it is not recommended for people with epilepsy, pacemakers, and pregnant women!