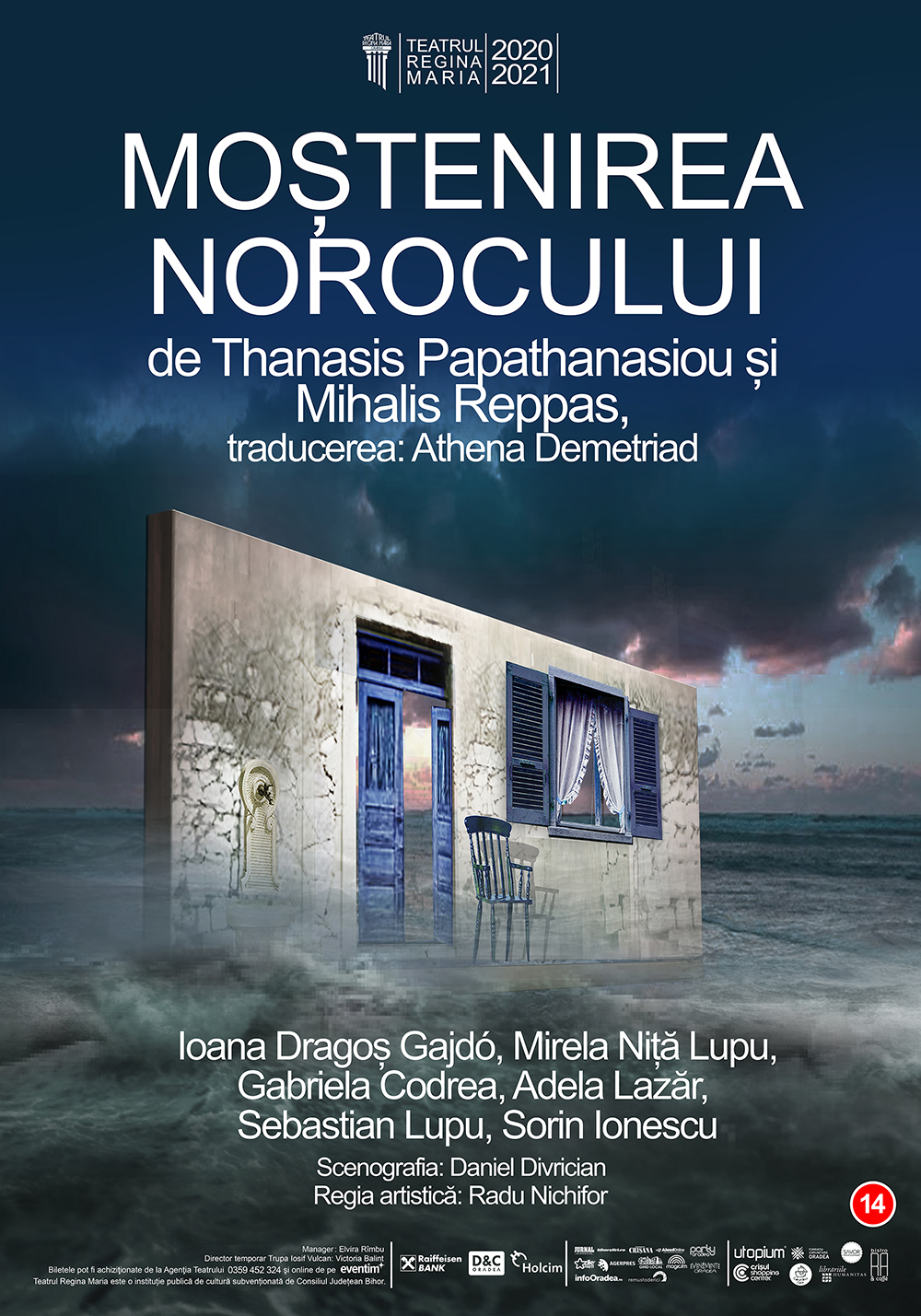 by Thanasis Papathanasiou and Mihalis Reppas

Two brothers return to their parent's house to be with their father on the bed of suffering. Under the pressure of his death, truths and interests that have not been uttered until then, come to the surface. From here begins a roller coaster of situations that gets out of control. The relationship between the brothers becomes even tenser than it was, their wives openly expose their dislikes, the neighbor is too involved in family problems, and the biggest and most triggering surprise becomes... the Bulgarian nurse they hired to take care of the boys' father. One thing is certain. They all pursue the same goal: the legacy that will ensure a better life for them, for which they can reach... murder. A stunning contemporary black comedy, in which the humor takes on dark nuances, without losing a second of its humor.