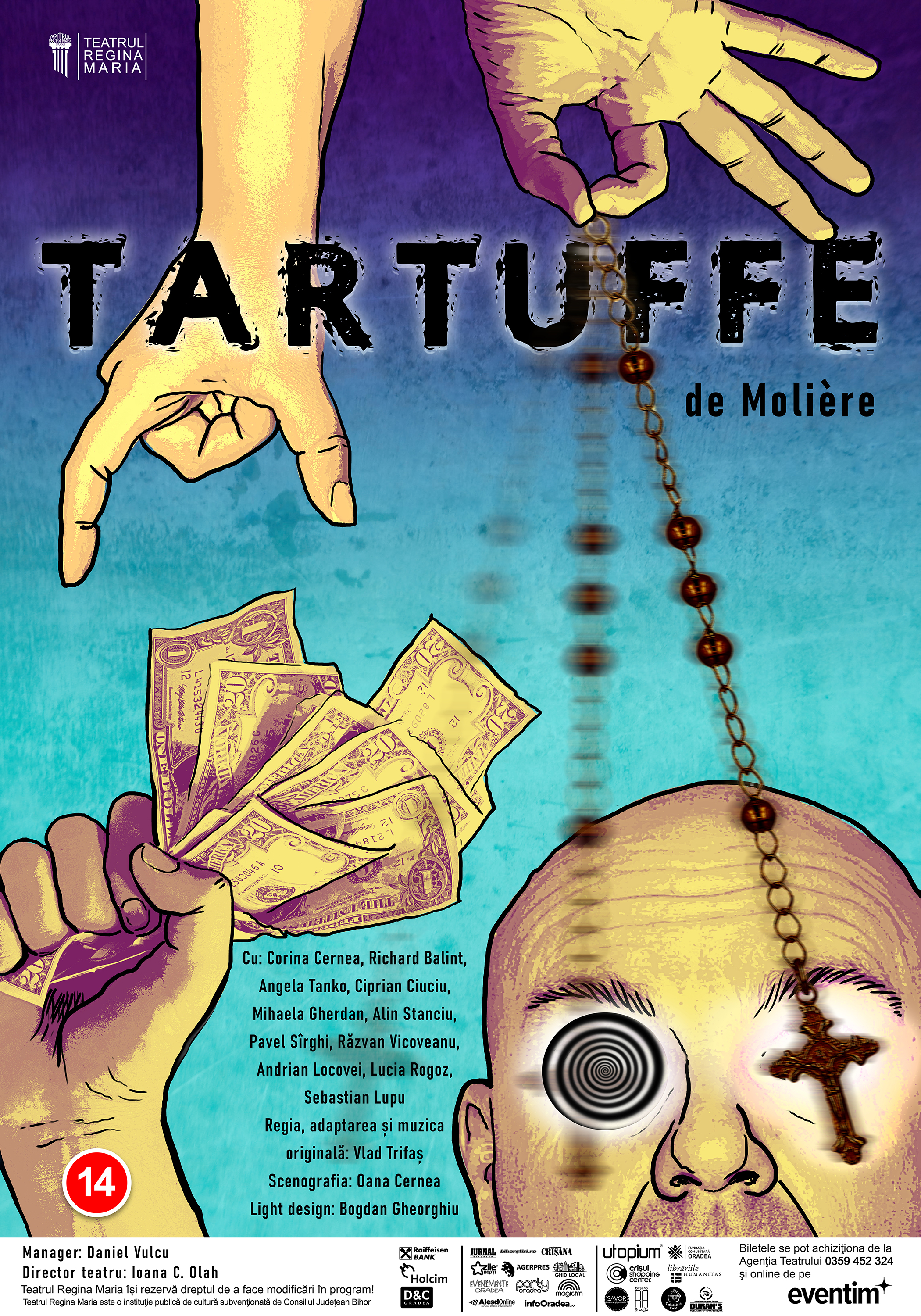 „Monsters only exist if we create them!" In order to survive, a monster must feed himself on the naivety and despair of those around him. Tartuffe is an imposter who can masterfully play any role to achieve his goals. Orgon, a rich, seemingly balanced man, falls into the trap set by the impostor and is so seduced by the false piety he displays that he becomes obsessed. The problem that arises is how we expose the monsters and how we defend ourselves from these villains.

„Tartuffe", a comedy of character, which remains as actual as when it was written.

Poster made by Richard Balint.