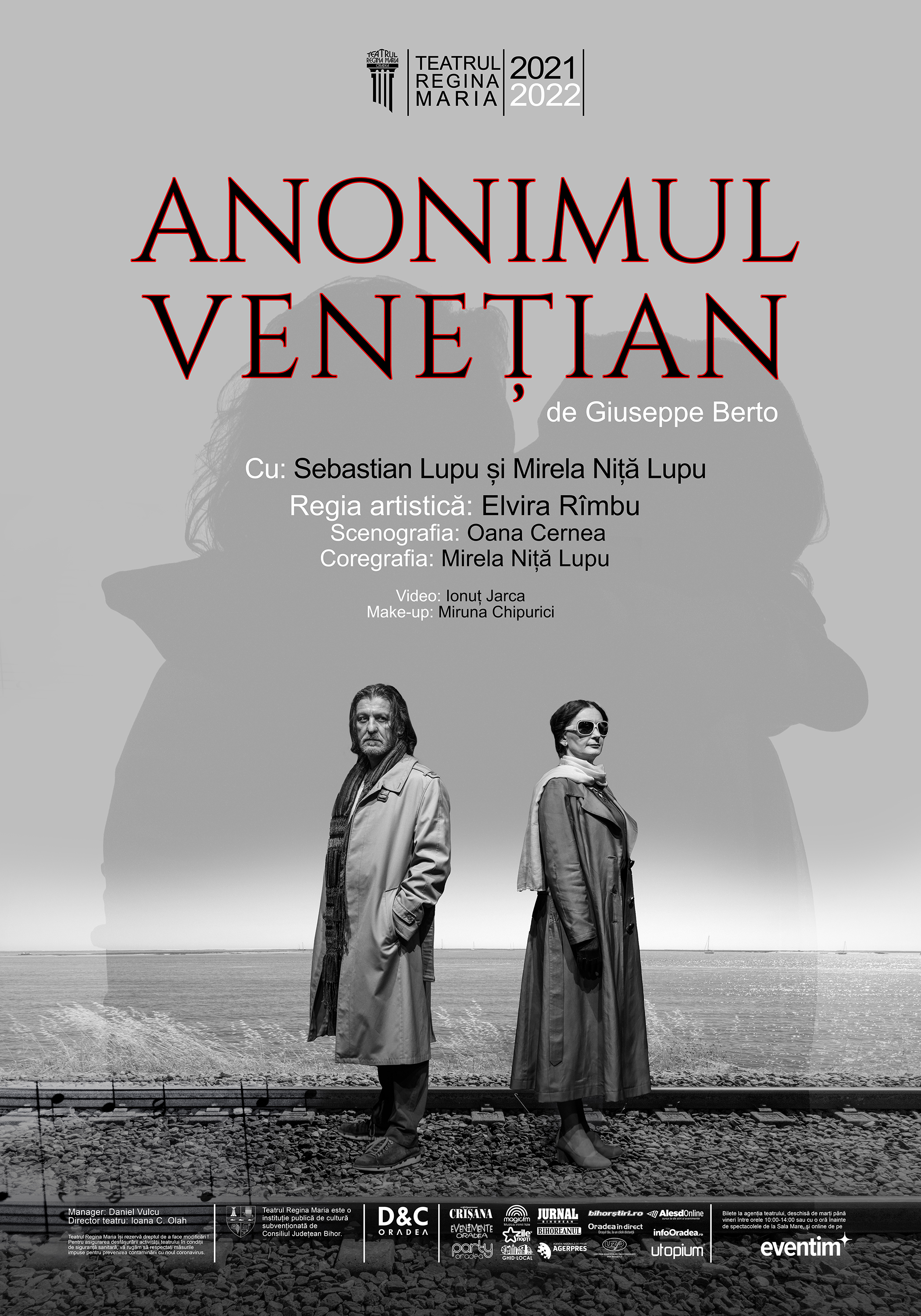 The story imagined by Giuseppe Berto is inspired by the Concerto for oboe and string orchestra in D minor by the Venetian composer Alessandro Marcello, long erroneously attributed to Antonio Vivaldi and then to Benedetto Marcello, and is a romantic drama, consumed under the mysterious and tannic patronage of Venice. The plot is focused on the confrontation of emotions, memories, reproaches, and desires of two characters, He and She, who meet again after a long time on the platform of a station in Venice and gradually discover that despite all sufferance, love is not dead. But time is against them.

In the cast, you will see the actors Sebastian Lupu and Mirela Niță Lupu together, who give an even greater depth to the characters, bringing in addition to the acting contribution, which for the construction of such penetrating roles requires stage maturity and depth, and that of life, they being, in turn, a couple in everyday life. At the same time, the choice of this text was not accidental at all and marks, somewhat in the mirror, the celebration of 25 years of career on the stage of the Oradea theater.