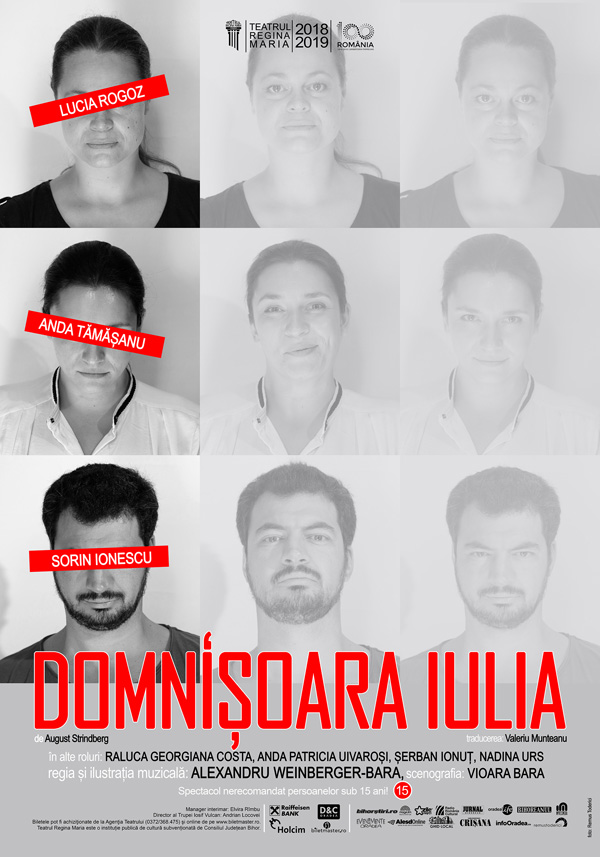 The director, Alexandru Weinberger-Bara, which debuts with this show on the stage in Romania – has articulated a strong artistic discourse with a stake on actors, which also takes into account the sexual tension of the event, but also its social dimension and posture of victims still incapable of emancipating the heroes. A show about (almost) impossible escape...

Not recommended for people under 15!

Warning! Stroboscopic lights are used in this show and it`s not recommended for people with epilepsy, pacemakers and pregnant women!