THE BEAR and MARRIAGE PROPOSAL 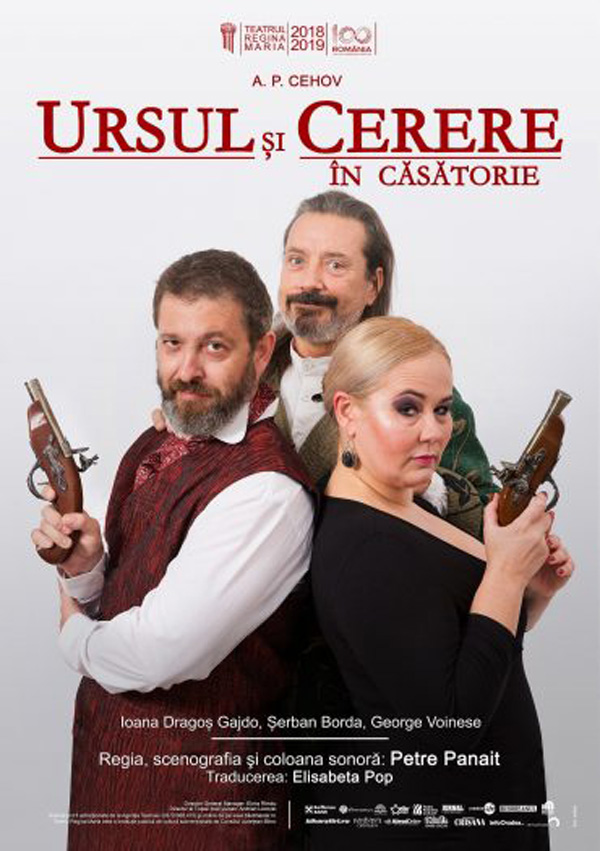 How long do two young passionate people need to fall in love with each other?

Subtitled "Farce in an act," "The Bear" reveals in a concentrated, comic-ironic way, an essential part of human nature, suggesting how close sometimes anger and passion are. The conflict between the officer Smirnov and Popova landlorde records a series of sudden passes from the quarrel to the preparations of a duel between the two and then the abandonment of Smirnov to struggle with the landlorde he falls in love with.

„Marriage proposal” comes alongside „The Bear”, using the same cast and related directorial elements. The story goes naturally to the continuation of the one started in the first play. Thus, if in the previous play two young people pass unconsciously from hate to passionate love, in ”Marriage proposal” things are taken further. A. P. Cehov captures the initiative of Ivan Vasilievici Lomov, who wishes to marry his neighbor's daughter.

However, far from the romanticism and harmony that is supposed to govern such a unique moment, the potential wedded pair, strive fiercely for ridiculous reasons. The clash of their powerful personalities, the hypochondriacs of the future groom, the trouble through the bride's father passes, and his desperate attempts to apprehend the outbursts of the two young people give rise to a comic situation.