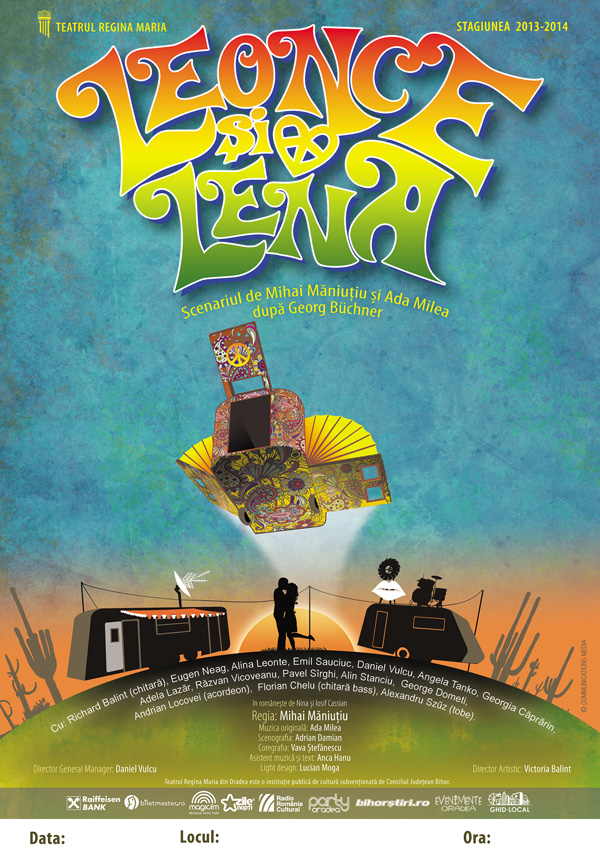 Georg Büchner’s play is the story of two princes: prince Leonce from Popo Kingdom and princess Lena from Pipi Kingdom. The arranged marriage between the two of them should take place, but both decide to get rid of this. They can’t run away of each other. They meet accidentally and fall in love. Also, they plot to play a prank to their parents and go back to Popo Kingdom to get married. Dressed in themselves, they realize that faith made them to fulfill exactly their parents’ wish.

This complex story of power and obedience, about love and politics, produced by “Queen Mary” Theatre, marked 200 years since Büchner’s birth. It is a musical show with live songs, sang by a mini-orchestra. All characters are singing and dancing on the original music created by the talented artist who is Ada Milea. The show’s team is an exceptional one: the script and direction are made by Mihai Măniuțiu, the coreography belongs to Vava Ștefănescu, ande the set is made by Adrian Damian.