ONE FLEW OVER THE CUCKOO'S NEST 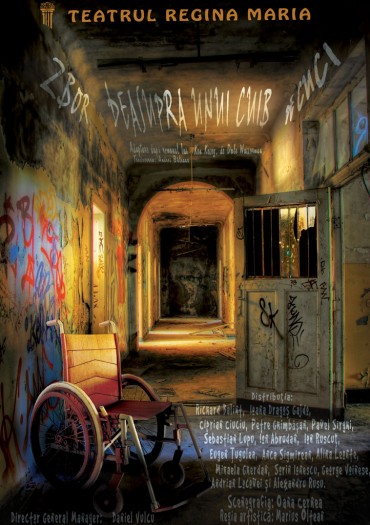 by Dale Wasserman, based on a novel by Ken Kesey

The story, narrated by the gigantic but docile half-Native American inmate "Chief" Bromden, focuses on the antics of the rebellious Randle Patrick McMurphy, who faked insanity to serve out his prison sentence, for statutory rape, in the hospital. The head administrative nurse, Mildred Ratched, rules the ward with a mailed fist and with little medical oversight. She is assisted by her three black day-shift orderlies and her assistant doctors. McMurphy constantly antagonizes Nurse Ratched and upsets the routines, leading to constant power struggles between the inmate and the nurse. He runs a card table, captains the ward's basketball team, comments on Nurse Ratched's figure, and incites the other patients on the ward to conduct a vote on watching the World Series on television.